OK, since it’s basketball season too, we decided to use that “video” clip. We’ve been touching base on all the positives about Q4 2016 and how it was record setting and how we’re not sure if it will ever happen again, but with this post we want to quickly touch base on how it was the best nightmare ever.

Yeah, we know that sounds kind of odd, but while we were thinking about it, there’s NO way we can say in any way shape or form that receiving cards is bad or “the worst”. Therefore, although this situation had us a bit startled at night and parts of it weren’t a dream come true, it was the BEST quarter ever. Here’s what happened:

As you can see in a lot of our different charts and what we’ve mentioned, the fourth quarter of 2016 went WAY beyond anything we had ever experienced before. We had a feeling something was coming, so we consistently tried to post something across ALL of our social sites asking people to send us their holiday cards at least two weeks prior to the holidays so we could have enough time to get them to the different locations on time. In addition, we have a special PowerPoint that we often send to people who are hosting the events that provides some “insider information”. One of the slides encourages people to use Card Stock rather than construction paper since those types of cards last longer.

Here’s where the “nightmare” comes into play. Turns out that unfortunately, the majority of those requests were not listened to by some groups. L We started to get a bunch of holiday cards that wouldn’t last till the next year since they were on thin construction paper just a couple days before Christmas. In addition, the cards didn’t say ‘Happy Holidays’, but directly said ‘Merry Christmas’.
In order to stick to our promise and do our best to make sure that #EveryCardCounts, we drove around the Atlanta area and dropped off nearly 800 cards to different senior shelters, homeless shelters, and places for abused women and children on 12/23 and on Christmas Day. Another reason we used the word “BEST” rather than “worst” was how excited our “helpers” were to contribute down at one of the homeless shelters.  The security guards at the door let us in and a young boy and girl volunteered to help us deliver them to everyone in the room. They kept coming back insisting for more cards to give out, but we kept our eye on the room and saw that everyone in the shelter already had multiple cards. In the end, one of the little girls asked, “what about them upstairs? They need some!” After checking with the staff, we learned those ladies and families were strictly off limits since they had been physically abused; only certified men who were employees were allowed to go up there. We decided to give our helper an extra bag of 30 cards to take to those women. She was excited.

Now, we have Valentine’s Day, St. Patrick’s Day, Easter, and several other large holidays coming up. Although it turned out pretty well and we were able to still hand out most of the construction paper cards on time, that was a bit startling and we’d love to avoid more of those BEST NIGHTMARE ever situations.* 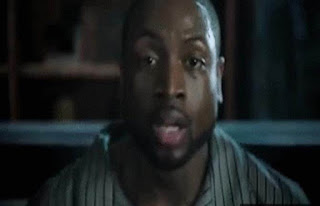 *saying “most” because we’re still receiving some Christmas cards.