“Cheeeeeeessseeee!” OK we just finished the ceremonial picture of posing in front of the fire truck on Lurie’s 12th floor. Smiles on everyone’s faces. Cardz WITH Kidz was once again a success!

When we asked one of the recent artists who visited Lurie for one of our most recent Cardz WITH Kidz events what her favorite part about the event was here’s what she said:

Seeing the beautiful people our Cardz were given too! I enjoyed being there to bring joy and happiness. The smiles on their faces were a reminder of all that is good in the world. I seriously can't explain how moving the experience was. Those children are amazing souls, I wish to meet again. Thanks again for the opportunity and I plan to give back and be there any chance I can!
-       Gina Rose 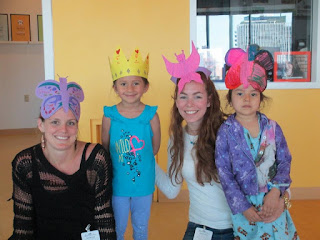 It’s great!!! The definition of a win-win situation. The kids get to meet some “professional” artists and the artists get to directly connect with the recipients of their cards.

Perfect for everyone, right? Unfortunately not so much. You’d be surprised how difficult it is to get the correct people to Lurie. For example, our most recent Cardz WITH Kidz event was specially set up for some donors/attendees who helped with the Pledge Allegiance II event. 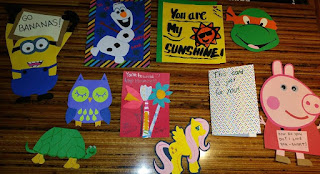 As you can tell by the quality cards, it was definitely a success!

We hit several roadblocks while trying to finalize our trip to Lurie. The hardest, finding people to come!!! As always, we were trying to make sure this event rewarded people who’ve made cards, rather than trying to entice new participants. We almost had to change that idea! Here are some of the responses we got while trying to set up that event:

Then finally we got two people to commit to attend. (Huge sigh of relief).

Unfortunately the day of the event we received this text:
-       "Hey. I didn’t get in until 5am. I can’t function right now."
After a couple more texts we learned they definitely couldn’t attend.

To tell the truth we considered canceling the event. But we decided to hold it any way and understood that Celeste Blackwell would be our only attendee.

Thankfully she was MORE than enough. First, as mentioned, we always make sure we use Cardz WITH Kidz as a reward rather than a marketing tool to get new participants. One thing special about Celeste is she’s one of the ONLY people who’ve helped multiple groups host events! Originally she heard about us through a coworker at USG. A little after they got started and put their logo up on our site, www.cardzforkidz.org/participants/, she went to a new company, University of Illinois Chicago. Unlike most people who transfer to new companies she didn’t end her connection to us, but started a new one!! Overall UIC has made 385 cards and the last portion were made by Celeste’s team. Plus they had a perfect combination of quantity and quality since THREE of their cards were in the OVERALL TOP 10! 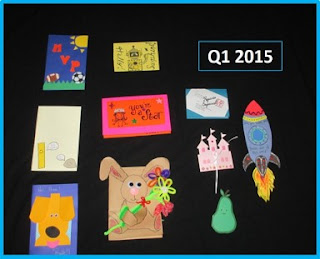 Once she arrived at Lurie she immediately got to work!! First, she made a custom card for a young boy who just had surgery up on the Neurology floor. Then while working on that she connected with a couple young shy girls and helped them make pictures, as well as other special crafts. Their timid faces soon turned to bright smiles. Then once that was done, she entertained two boys who were at the hospital visiting their new born sister. 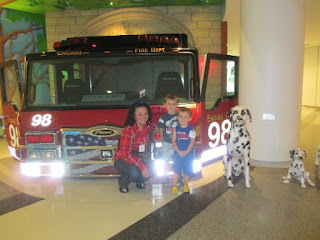 So it’s clear that EVERYONE has a great time who comes to make cards!! We’re extremely thankful there are people like Celeste who are willing to help make cards at MULTIPLE PLACES ranging from a couple different work places to pediatric hospitals.