What would you prefer: a gift or a reward? For the nice woman sitting behind us on the Amtrak, her response was, “A reward because maybe I did something great.” It’s interesting because the result is essentially same thing. The outcome, let’s say, is $100. If it’s a gift it means it’s just because someone is being nice, but a reward means the giver knows the recipient did something great to receive it.

Let’s look at the definitions:


A gift also means that there are no strings attached and the giver is not wanting something in return. It means that the recipient didn’t necessarily work for it, yet they are still receiving the prize. With a reward, the recipient put in some type of effort that was appreciated by others.

From a Cardz for Kidz!  perspective we’re trying to reward the children and tell them we’re impressed by their strength by giving them this gift of handmade cards, video game systems, and other toys. While some people may be saying, “So sorry, get well soon,” we’re a bit different. Thanks to your cards we’re saying things like, “You’re one in a minion.” Instead of wallowing in their situation, with the help of your cards, we’re reaching out and rewarding them for their strength. Here are some of the hashtags families we’ve sent cards to directly have used:


Even with those kinds of key themes in their posts, the kids have been smiling and thankful for their cards and recognition. 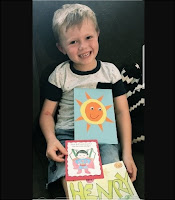 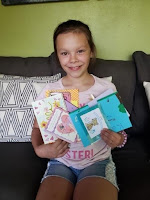 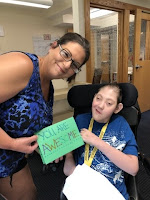 While we’re rewarding these kids, we’re hoping people are giving us gifts; making cards and not wanting something in return. Since everyone volunteers their time, we do not have to ask for any monetary donations to go alongside the card donations. That just means that, at times, it may take a bit longer for us to recognize receiving your cards across our social sites.

Based on how the kids and staff have been responding, we know the kids are grateful and that people are doing more than simply having fun with markers and glue. We know that you’re NOT STRICTLY GIVING, but instead rewarding these children and families for what they’re overcoming. From what we’ve seen, they’re thankful for the rewards we’ve been providing! 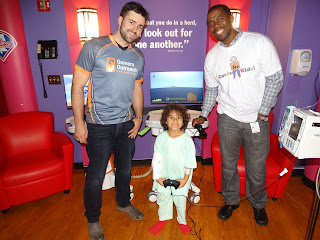