We do our best to remain 100% open and honest at ALL times. If you ever ask how much we’ve received in donations, how we’re finding hospitals, and/or if we’re SHOCKED by some of the cards the judge picks as the Top 10, we’ll definitely tell you! J

So here’s our first admission. Unfortunately….we’ve been shorting kids at Bernard Mevs. We’re supposed to send the kids in Port-au-Prince, Haiti at least 20 cards once a quarter. Therefore, in 2014 we were supposed to have sent them 80 cards….we were only able to send 36. L We tried contacting French departments at multiple universities AND we had a lead of a Haitian employee at our bank who could make cards in Creole…..but it’s been delayed.

Q1 2015 has been different and it’s All Thanks to All Terrain! We’re halfway through the quarter and we’ve already sent 23 cards to Bernard Mevs. Over the past year we’ve averaged 9 cards a quarter……we’re doing much better!

It is amazing how they were able to find creative ways to make creative cards in multiple languages. For example, based on the pictures we learned that during some of the events they had an artistic musician playing in the background. Set the mood! 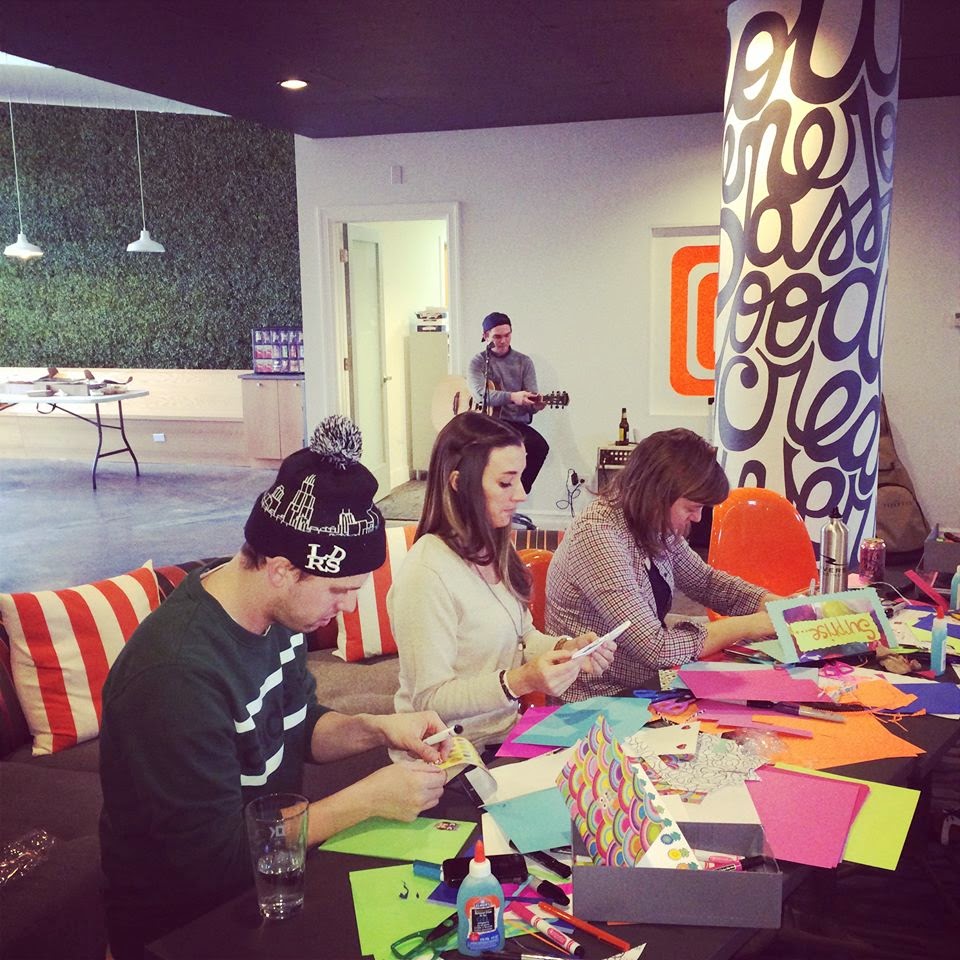 The music and atmosphere were inspiring, but how they made the cards in multiple languages was even more impressive. 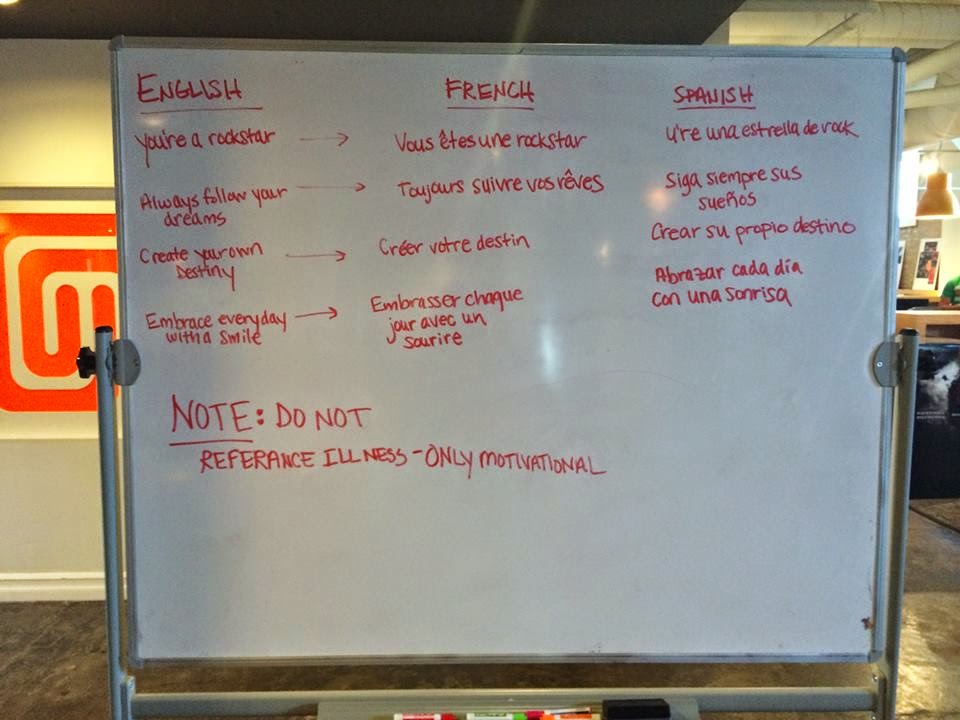 With one board they were able to help people translate some of their favorite quotes into two other languages.

Speaking of quotes, here’s proof they all had fun:

And just in case you didn't believe us they made creative cards in those languages, here’s a pic of their Top 10 to prove it! 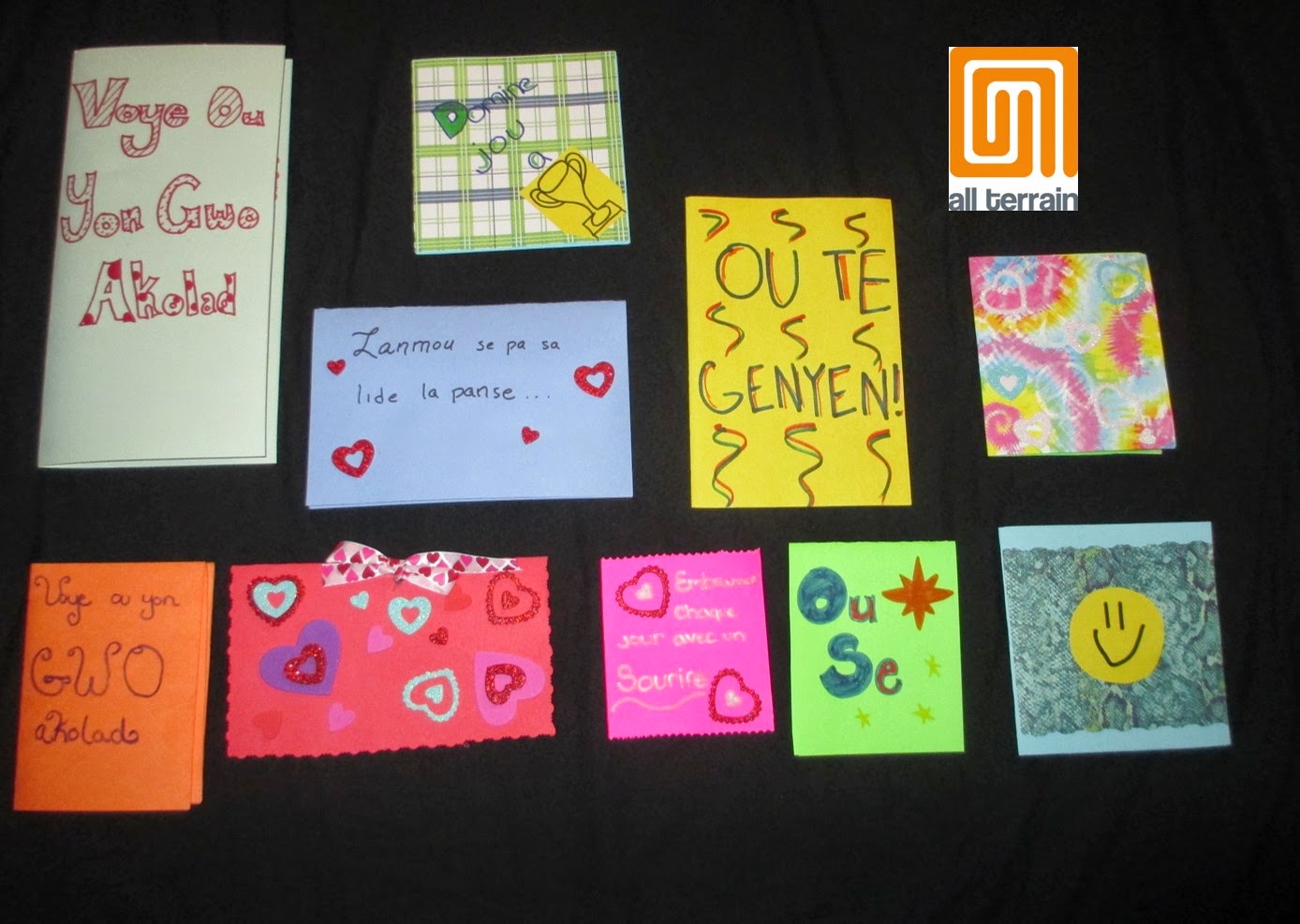 We’re thankful that thanks to All Terrain, we’re able to get cards in English, Spanish, French and Haitian Creole ALL IN ONE place.