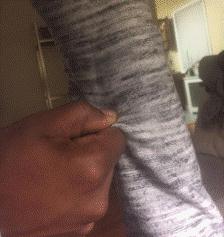 “OUCH” While rubbing my arm, “Okay, I guess I’m not dreaming.”

What sparked this - we were thinking this whole situation with the southwest region of UBS is really too good to be true. We must be dreaming. We had to pinch ourselves to see if we were dreaming. Nope, everyone’s awake.

Here’s why they’re so special –

Cards
As touched on previously (Heating Up & Nothing Needed), they were willing to join in and start making cards even before we had a location in their area. As of November 17, 2016, we’ve received a total of 530 cards, specifically from their offices in Nevada, New Mexico, and Arizona. And so far, we’ve only been able to send 215 cards to those three states. When they joined in, we had only sent a total of 80 cards to any of those states. When we promised our contact that we’d try to get more spots out West, her reply was “We trust you to send the cards wherever needed.  We do have a children's hospital in Nevada – Sunrise – but it's totally up to you.  Our NM co-workers also agree that you can send them wherever you want.” (Unlike a lot of groups.) Amazing!

Cash
Then, we really thought we were dreaming. They also chose to support us with a recent monetary donation. The first email from UBS was them asking for our Federal ID number, but we weren’t sure that was for a donation! In mid-November we just received a donation that covered the cost to ship over 4,000 cards!

Now, if we had more groups like UBS who made our DREAMS COME TRUE we’d be able to efficiently reach kids across the country, as well as do some of the extras we’ve been trying to do – DVD Players and Art Supplies. 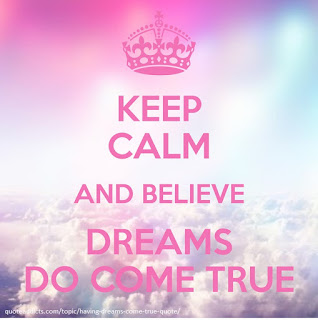 That’s what crossed our mind when we were thinking about where we ship our cards and about some groups’ requests or requirements when they ask to join in. But before we explain why that crossed our mind, let’s provide a bit more detailed background information then what you can find on our About Us page. When things first started, our founder took the cards that were made and delivered them during his volunteer shifts at Lurie Children’s Hospital. Then as more groups started participating, he reached out to classmates who worked at Sinai Children’s Hospital and Advocate Kids to see if he could send cards there too. After creating a Facebook page, he started contacting more hospitals in the Chicago area as more cards were coming in.

Now here we go with some of our honesty, “100% open and honest”. After we started to grow a bit, we realized that we should expand our coverage and get hospitals outside of just the Chicagoland area. The first cities we picked were Atlanta, Cleveland, Brooklyn, and Ann Arbor. Then as mentioned in a prior post, we’ve drastically been working on expanding across North America and making sure that we have an even delivery across the United States. 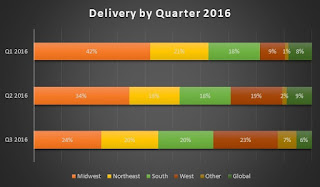 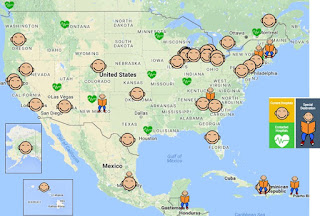 Now the reason for providing all that background is that we want to highlight why we’re so thankful for groups such as UBS, Kforce and Minnesota State University. Recently, the word’s been starting to spread and a couple new groups have been hearing about our organization. Several of these groups have said they only want to join in if we guarantee to send cards to the hospitals in their immediate communities.

In comparison, with Kforce, their Tampa, FL office simply started sending us cards even though we weren’t sending cards to any hospitals in the state of FL. As we decided we could grow a bit, we immediately reached out to St Joseph’s in Tampa, FL. It’s been less than a year, but we’ve already sent those children 320 cards and that will consistently keep growing no matter where we receive cards. In addition, and the reason Kforce is currently our #2 participant with 1200 cards, what started with Tampa, has now sparked to multiple offices. For example, the Chicago office made 62 cards in Q3 2016 and although we don’t have a hospital in that city, their Dallas office made cards this quarter! And you can bet where we will look when we are able to expand again.

Then, with UBS, their SW region pitched in and in one quarter made over 500 cards. They shipped all of those cards to us even though we didn’t have any hospitals in their area. If you check out our Donate page, you’ll see the participation has been growing, so when we had enough cards and were able to spread west a bit more we decided to reach out to the Maricopa Integrated Health System in Phoenix, AZ. We confirmed we’ll send them a total of 200 cards (a combination of English and Spanish) a quarter and those will all be delivered room to room.

Now, as you can see in the map above we’ve contacted a hospital in Minnesota before, but have yet to set up a connection. If Minnesota State University wins the next MarchGladness tournament, then we’ll definitely have to reward that group who was willing to impact kids across the globe, rather than strictly the kids next door. We can’t even imagine how much more impressive we’d be able to be if there were more groups who were willing to join in and felt that there was NOTHING NEEDED from us in order for them to start. Kids, no matter where they’re located, deserve to smile. 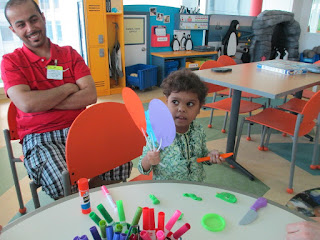 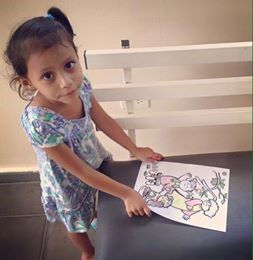 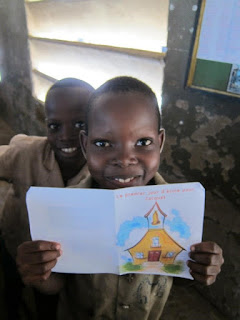 Wow….what if everyone felt that way?!?!

Thankfully Cardz for Kidz! has had a variety of families who have contributed in multiple ways. For example, we previously wrote about how a mother and daughter are both creative, #RunsintheFamily. In addition, we touched on how a husband and wife helped out in a variety of ways, #BestofBothWorlds. One similar factor with both of those families is that they both had TWO contributors.

We always appreciate the time and effort each individual and/or family makes to Cardz for Kidz!, but today, we want to take the time to recognize Sally Anderson and Norma Hornick. Now here’s the background….

We were first connected to Sally through a contact at Google. Google has generously been able to donate cash and cards, as well as helping to improve our overall credibility. In addition to helping us expand our presence with Google’s Chicago office, Sally also helped set us up with the Benevity donation system. Cardz for Kidz! is set up on their site which allows multiple companies to make donations (e.g. recently received $50 donation from Hewlett Packard and they may potentially host an event). More important than the financial contributions, Sally has worked with different Google offices to make a total of 396 cards – including 5 different times with the Chicago office! 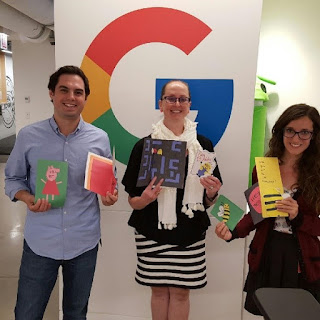 What really distinguishes Sally from other is that she spreads the word “both” ways. She had her children make cards, teaching them to start young; then she told her mom, Norma Hornick, about our organization; Norma later made a total of 10 cards. Here are some of the impressive/distinctive factors about Norma: 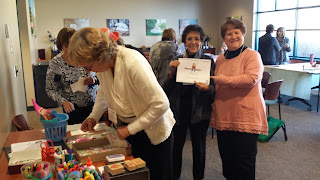 On another hand, there’s a sister who was touched on in the Runs in the Family post who just made a couple cards. Therefore, that could be three family members making it into the Top 10, that’ll definitely be blog post worthy, but as of right now, we think THREE GENERATIONS making cards and making a difference in many ways is very impressive!